Women Just Don't Get as Much VC Funding: What's the Story?

The venture capital pitch process is one that has been popularized by television shows like Shark Tank. Unfortunately, even though there’s gender diverse representation on that show, the results in the real world often reflects big uphill challenges for female entrepreneurs.

There are four primary stages in the venture capital investment process: deal sourcing, pitching, due diligence, and closing. While each one of these stages could present potential challenges for a female founder, most research has uncovered problems in the pitching stage. Of course, from the perspective of who gets funding, this is also one of the most important stages of the process for founders looking to gain that critical support in the form of capital.

Does this lead to fewer women-owned firms getting the money they need to increasingly build thriving companies? There’s no doubt plenty of recent research is exploring that and other critical questions.

Study participants were then asked to rate the investment based on the information provided to them. Pitches that were voiced by male narrators outperformed those with female narrators and pitches in which the picture attached to the slide deck was a good looking man performed the highest of all. This led to a resulting statement that investors preferred those pitches that are put forth by male entrepreneurs even when the content of the pitch is exactly the same.

But it's not just about who appears to be delivering the information for a venture capital pitch. The questions that are asked of entrepreneurs also presents another opportunity for bias to emerge. As a result of research compiled from a 2017 TechCrunch competition, men were asked different questions than women.

Women, for example, were asked about risk mitigation and highlights of potential losses whereas men were more likely to be asked promotion style questions around potential gains and the upside.

Given that women already tend to undervalue themselves when compared to men in competitive situations, this gender gap in confidence also has the potential to pervasively impact the number of women who get venture capital funding. Some experts in the field have even advocated for ditching the pitch process entirely because of claims that it is outdated and also has consistent gender bias issues.

One way to minimize possible bias is to rely more on data from the pitches and early numbers from the company to help present a compelling picture to possible funders. On paper, this works, but this doesn’t eliminate the issue of what happens when a woman steps into the room to make the in-person pitch.

More women are stepping up to found and lead tech companies, a common business type when it comes to a desire for capital infusion. Many of these business owners turn to the VC process as a way to fast track their projects and get the early needed support to get the project off the ground. But if they aren’t given a fair opportunity for any of the possible reasons listed above, this could limit their companies from being successful or claiming a stake in the marketplace.

The Future of Women and VC Funding

Despite the fact that the numbers are still low at under 3% in 2019, that was an all-time high for VC funding with female founders. The numbers are slightly better when it comes to founding teams with women on them- 15.7% of funded firms in 2019 had at least one woman on the team.

But the reality is that we still have a long way to go- with so many obstacles still confronting women-founded firms to begin with, those low numbers should mean there is only one way to go- up, up, up. 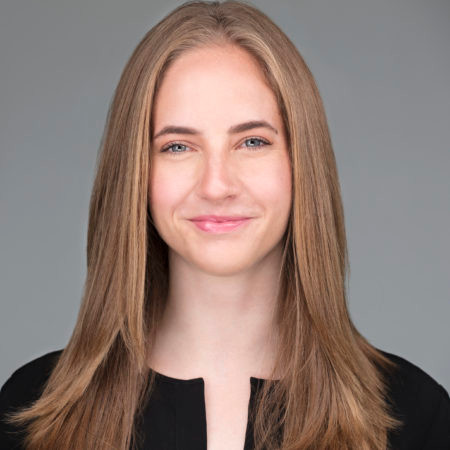 Celebrating Women Trailblazers of History in the US & Australia

Continuing the Conversation: Impact and Caring for Others Post-COVID

Tips for Building an Inclusive Startup from the Beginning

How to Find a Mentor in Your Workplace

Nonprofit or Business: How to Decide What's Right for Your Next Venture

The Gender and Climate Nexus

Can We Close The Gender Investing Gap?

Does Your New Venture Need Funding or Should you Bootstrap?

Getting What You’re Worth: How to Determine Your Market Salary Rate & Convince Your Employer to Pay It

The Year in Review for Women's Economic Empowerment

How to Pivot Into a New Career Field

Women Just Don't Get as Much VC Funding: What's the Story?

What’s the Real State of the Gender Pay Gap in the Developed World?

New Posts to Your Inbox!

Get the latest on funding and events in the space.

Thank you! Your submission has been received!
Oops! Something went wrong while submitting the form.
Never Spam
Unsubscribe anytime

Celebrating Women Trailblazers of History in the US & Australia

Continuing the Conversation: Impact and Caring for Others Post-COVID